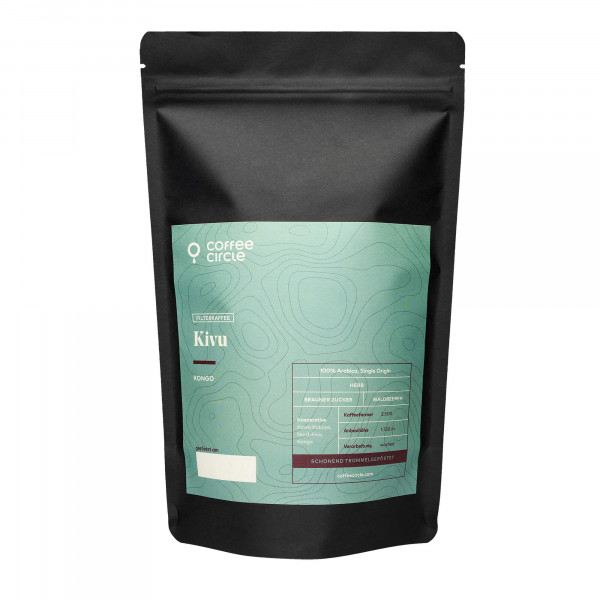 Kivu coffee from the Congo is back. We have been working with the Kawa Kabuya cooperative for several years and their coffee quality is among the very best in the Congo.

For your cup of coffee, the roast and the right accessories are crucial.

The highlight in the coffee kitchen: The coffee grinder

A key factor for the successful preparation of coffee is the grind, which significantly affects the coffee taste. All grinders have been extensively tested by us.

With each brewing method, you get a unique taste experience. Here are our favorite coffee brewers to help you get the full flavor from your coffee.

The ratio of coffee to water is essential for coffee brewing: Precision scales help to accurately weigh and measure the extraction time.

The water temperature has a great influence on which and how many flavors are released from your coffee. Kettles with a gooseneck help you brew with precision.

The smell of coffee wafts through the apartment, you're sitting on the couch and what you're missing is a nice cup.

With every cup you support our drinking water projects in Ethiopia. Learn more 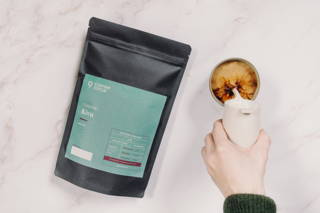 This coffee invites you on a journey to the fascinating D.R. Congo

Kivu coffee has a medium-bodied character that reminds us of aromas of brown sugar and dark wild berries. With this coffee, you don’t only discover spicy flavors but also support local smallholder farmers by investing into a better future. Scroll down to meet the cooperative that is responsible for this amazing coffee.

We recommend preparing the Kivu as filter coffee. The Kivu will also delight all those who like to enjoy their coffee with a shot of milk! Our tip: grind the beans freshly before preparation so that its natural aromas can develop to their fullest.

To the preparation tips ›

Every week, we roast the Kivu fresh in a traditional manner in our roastery in Berlin. The roasting profile developed especially for the Kivu optimally emphasizes its character. Nerdfact: The roasting time is about 11:30 minutes, with a final temperature of 203 °C. 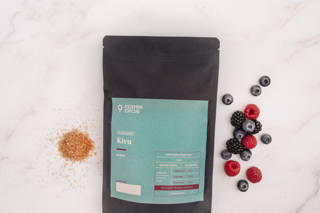 Unfortunately, anyone thinking of D.R. Congo rarely has coffee in mind. The country has been kept in turmoil for decades by civil wars and political instability, and the eastern part of the country in particular is considered a center of rebel forces that terrorize the population.

In the midst of all this turmoil, coffee is growing, and it‘ s really good coffee

For the people, coffee is one of the few relevant sources of income in some regions, but the farmers can hardly make a living from growing coffee. Until now, the coffee has mostly been smuggled into neighboring countries and sold for absurdly low prices. Not rarely the farmers lost their lives in this dangerous undertaking. But for about 5 years now there has been a radical change in the coffee country Congo. Farmers form cooperatives and are supported by NGOs in building up their structures and exporting their coffee. Already the cooperatives achieve up to 7 times higher purchase prices!

The Kivu Coffee Cooperative is located in the breathtaking landscape of Virunga National Park – the last place where wild mountain gorillas live. Thanks to the altitude and climate, the conditions on site are ideal for growing really good coffee. Unlike in Ethiopia, the coffees of the cooperative are not processed at a collection point, but at more than 10 Micro Stations spread over the region of the cooperative. In April 2018, we were able to experience the commitment and motivation of the farmers and the management of the cooperative for ourselves. During the coffee harvest, meetings are held to compare the productivity of the individual farmers, make business recommendations and organize the income transparently. In our conversations it became clear on several occasions how much passion they put into growing coffee. For their excellent work, they have already received several awards in recent years. 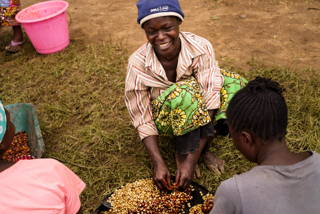 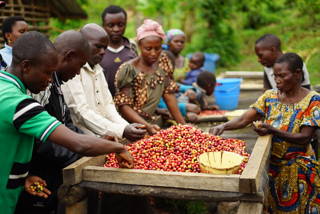 Our project: A Cupping Lab for 3,500 farmers

With your coffee purchase 1 € per kilogram of coffee goes to our social projects in coffee regions. Together with you, we support the Kivu Coffee Cooperative by financing and equipping a Cupping Lab (training center) that helps farmers to evaluate and test their coffees. A higher coffee quality guarantees the farmers high purchase prices in the long run!

Our journey through Congo, April 2018 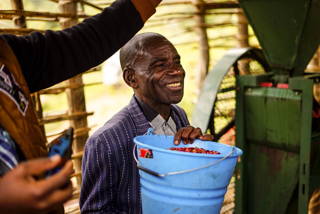 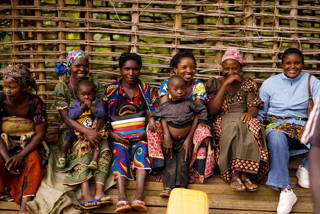 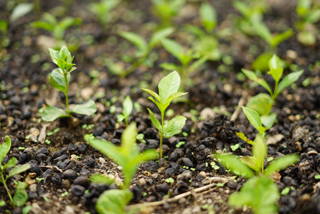 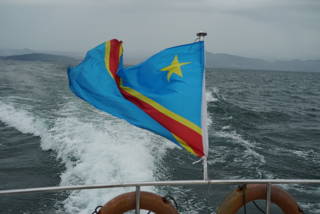 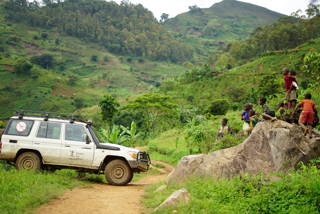 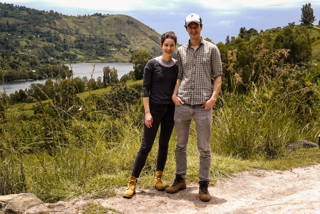 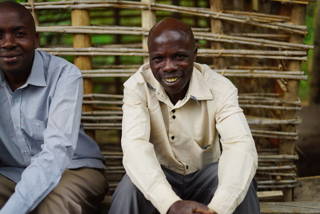 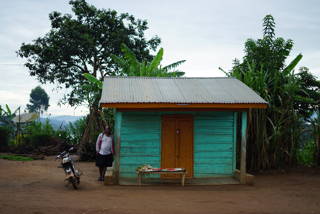 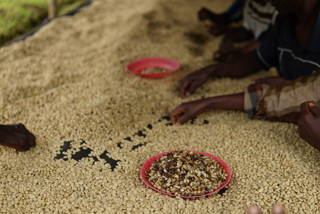