With every cup of coffee you support our drinking water projects in the Ethiopian coffee regions. For every kilogram sold, 1 € goes to the projects we present to you on this page. With a five-year water project, we will work with you to supply over 37,100 people from three coffee villages with clean drinking water for life. Find out more here!

In cooperation with Welthungerhilfe, we are improving the drinking water supply in various coffee cooperatives. We are starting in several cooperatives in the Limu region, from which we have been sourcing the popular Limu coffee since 2010. In regular conversations with the coffee farmers and villagers there, we repeatedly learn about their problematic living conditions, which are primarily characterized by the lack of access to clean drinking water.

Update December 2019: Thanks to the great progress of the teams on the ground, we are now reaching 37,100 people with clean water instead of 18,900!

Check out where we are implementing our project!

The construction of a drinking water system for coffee cooperatives consists of providing water through a spring and a water kiosk.

We help the people of the coffee region deal with clean drinking water and the issue of hygiene.

Sanitary facilities for the coffee cooperatives

The rehabilitation and construction of toilet facilities for more than 18,900 people will improve hygiene conditions enormously.

Why did we choose this project?

Our health projects aim to improve drinking water, sanitation and medical (primary) care in the coffee cooperatives. By giving people access to clean drinking water, diseases can be prevented. In the event of illness, residents should be able to receive prompt and appropriate treatment.

The Ethiopian health system is characterized by drastic deficiencies. For example, there are around 35,000 patients for every doctor, and almost half of Ethiopians have to travel more than 15 kilometers to the nearest health post (GIZ 2014). Only a small proportion of the population has access to basic medicines, and only 10 percent of all births are attended by trained medical personnel (World Bank 2011).

Eighty-five percent of the Ethiopian population lives in rural areas, like the coffee farmers in our partner cooperatives. Here, life is characterized by a lack of drinking water and sanitation, causing 60 percent of all illnesses and 15 percent of all deaths (Welthungerhilfe 2014). In Ethiopia, 17,000 children die every year from diseases caused by contaminated water and poor hygiene (UNICEF 2014).

Most of the cooperatives from which we source our coffee do not have direct access to clean drinking water, so many residents have to rely on contaminated water. Local people also often lack knowledge about the risks posed by contaminated water or poor hygiene. The lack of awareness of health and hygiene issues is responsible for many serious diseases.

In the coming years, we will increasingly address the issue of water and focus on so-called WASH (Water, Sanitation, Hygiene) topics. This development concept not only aims to improve the supply of drinking water and sanitation in underserved areas, but also imparts knowledge through targeted educational work in the health and hygiene sector, through which many disease risk factors can be decimated. 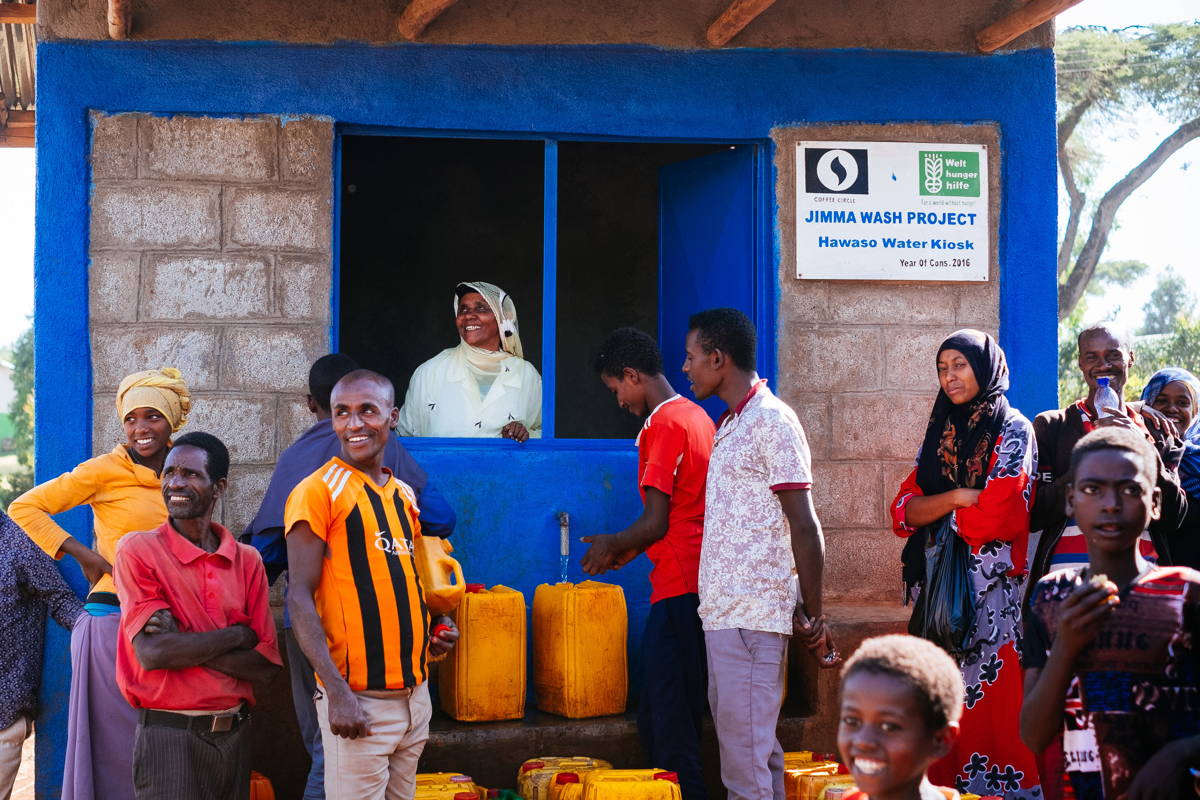 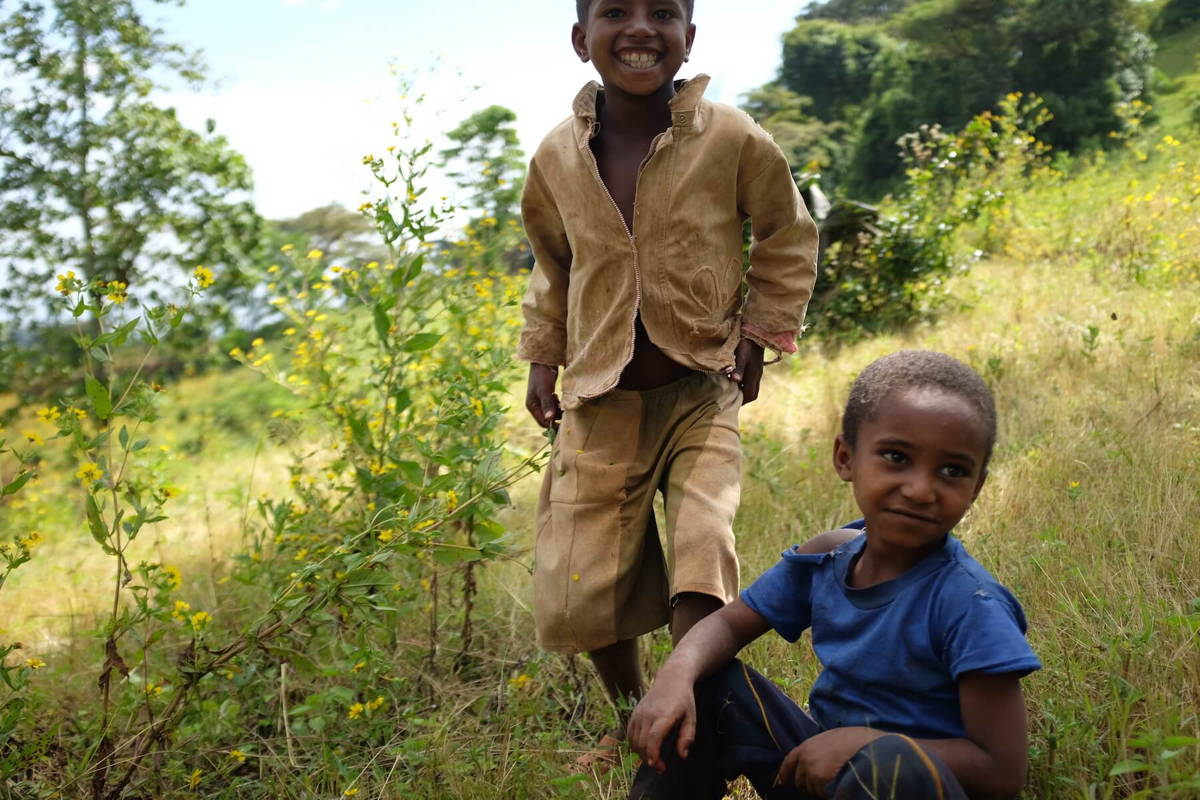 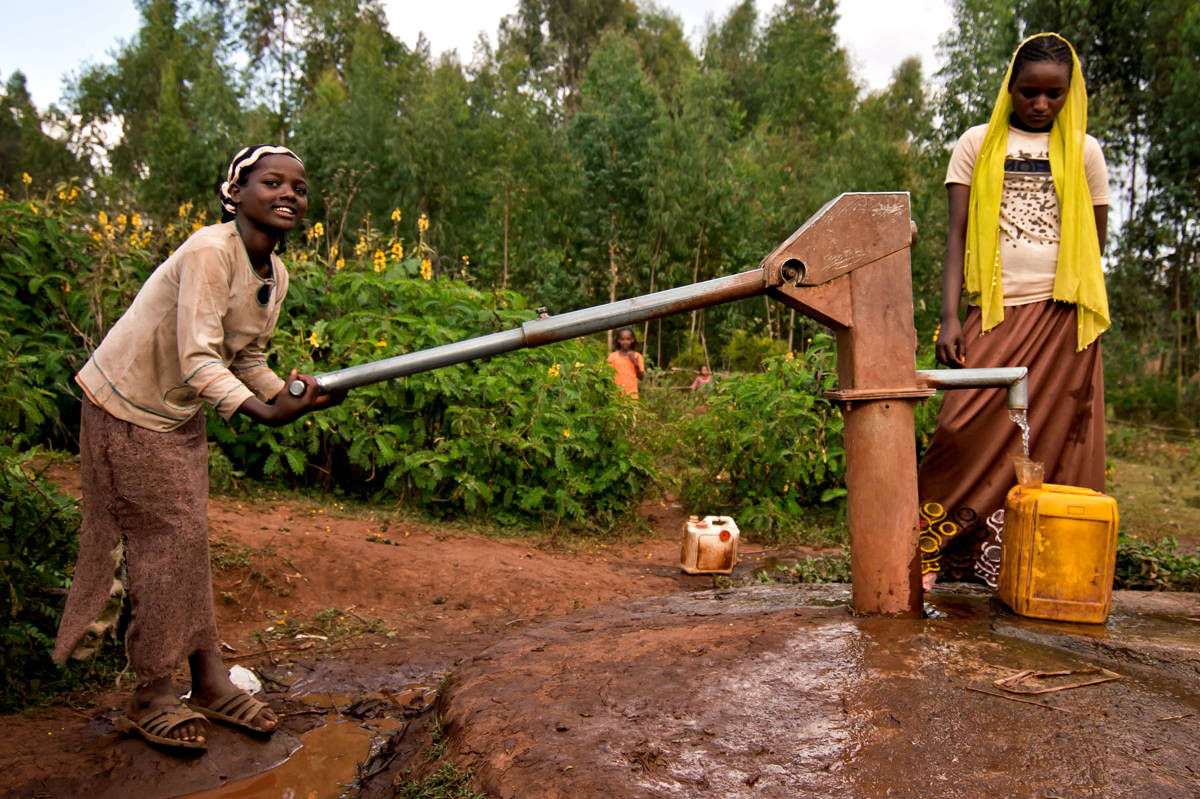 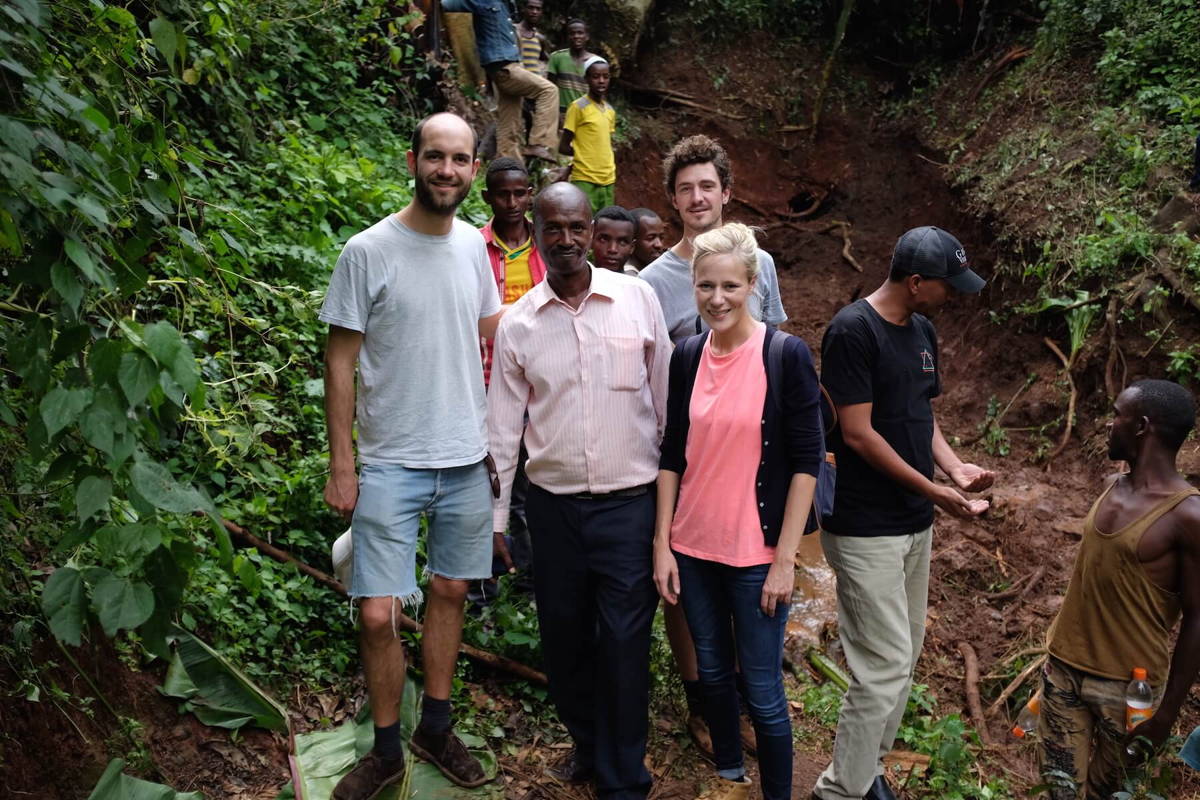 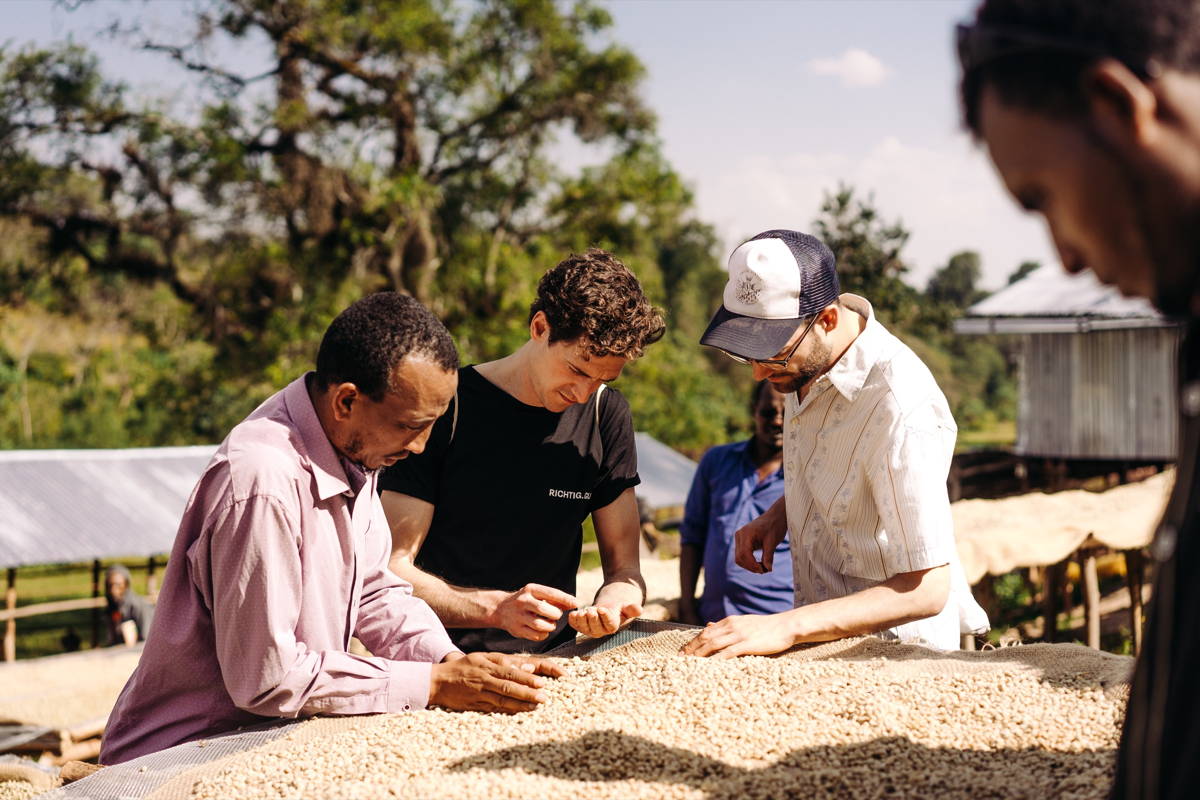 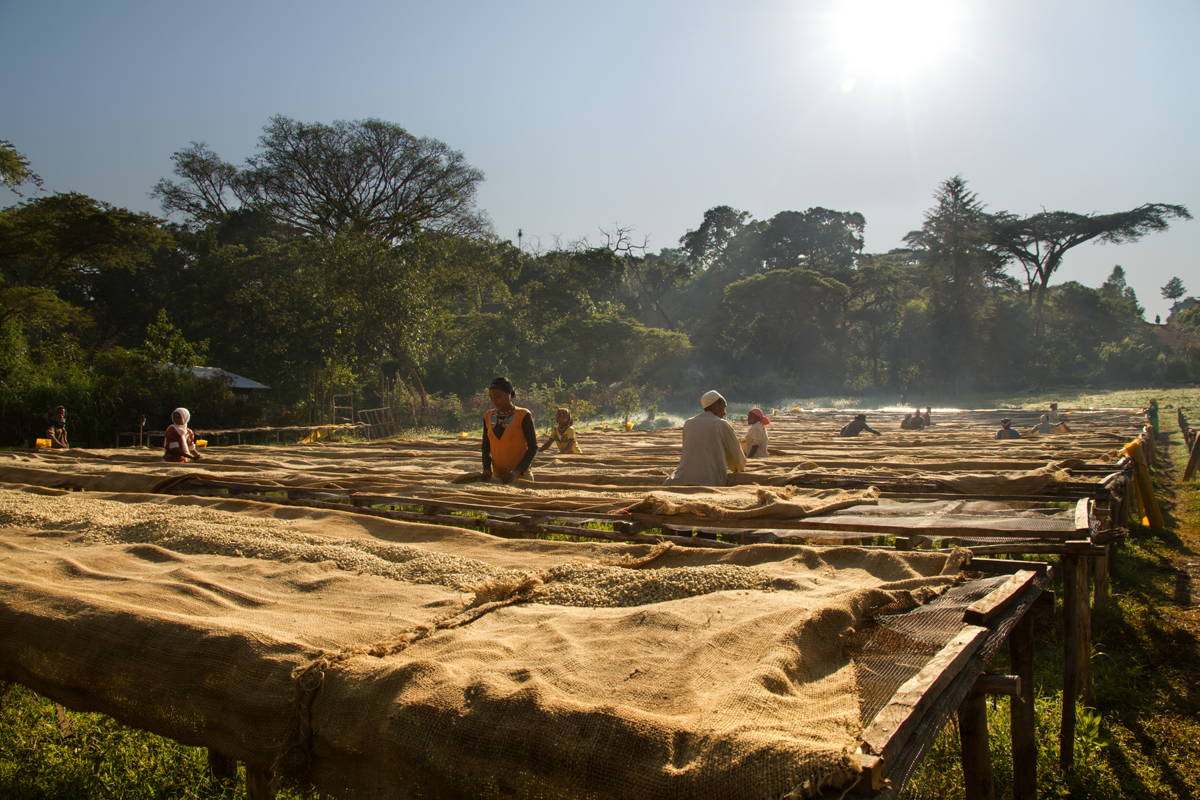 On our blog we regularly report on the progress of the drinking water project.

A lot has happened since the last update. Thanks to great progress, we are now able to provide access to clean water for more than 37,100 people, instead of the planned 18,900.

New water kiosks, access to spring and trainings have begun

Already 4,200 people can benefit from the completed water kiosks. Our sub-project for improved access to clean drinking water for 18,900 people is not far from its goal.

The work for the drinking water supply is going well!

What’s new? More water kiosks are almost ready, all local households are equipped with toilets, the area around the Homecha spring is being replanted and much more!

The Homecha spring has been tapped

The Homecha spring has been tapped and the work to provide drinking water to over 7,200 people is going well!

Our WaSH team is still putting the large-scale water and sanitation project into action whilest dealing with hurdles.

Developing and securing the Homecha spring

Great updates from Jimma area: construction around the Homecha spring is in full swing.

"Walk of Shame" - The hygiene trainings

The hygiene trainings are going on! For this, unusual but effective methods are carried out.

With every kg of coffee, you contribute to our projects