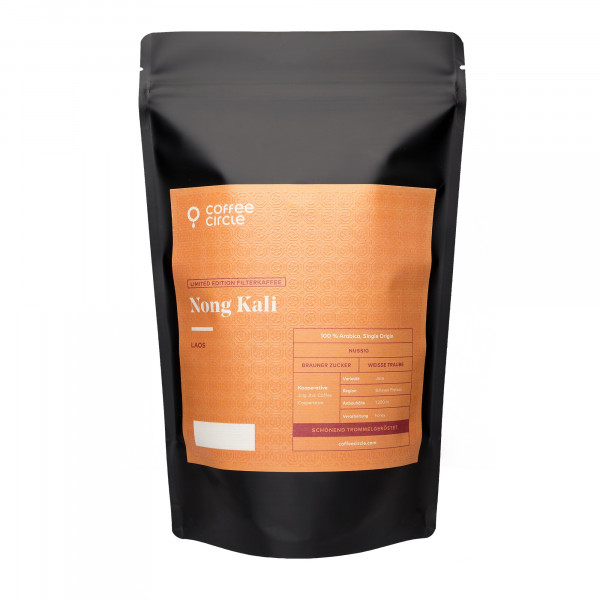 The Nong Kali is our new filter coffee from Laos. It is a full-bodied and balanced coffee that brings surprising complexity and liveliness. The Nong Kali reminds us of macadamia nut and has a subtle but sweet fruity note.

For your cup of coffee, the roast and the right accessories are crucial.

The highlight in the coffee kitchen: The coffee grinder

A key factor for the successful preparation of coffee is the grind, which significantly affects the coffee taste. All grinders have been extensively tested by us.

With each brewing method, you get a unique taste experience. Here are our favorite coffee brewers to help you get the full flavor from your coffee.

The ratio of coffee to water is essential for coffee brewing: Precision scales help to accurately weigh and measure the extraction time.

The water temperature has a great influence on which and how many flavors are released from your coffee. Kettles with a gooseneck help you brew with precision.

The smell of coffee wafts through the apartment, you're sitting on the couch and what you're missing is a nice cup.

With every cup you support our drinking water projects in Ethiopia. Learn more 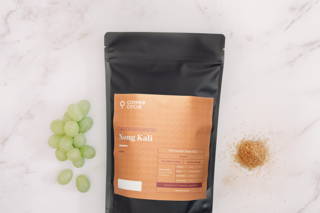 The coffee comes from our befriended Jing Jhai Coffee Cooperative (JJCC) from the Bolaven Plateau in Laos. It is a full-bodied and balanced filter coffee that brings a surprisingly complex flavor picture: it is slightly nutty and sweet, comparable to the flavors of brown sugar and honey. At the same time, it has a nice liveliness to offer and light fruit nuances of grape and fig come to the surface.

The Nong Kali Arabica coffee is suitable for all types of filter coffee preparation. We recommend the coffee for preparation with the classic filter coffee machine, such as the Moccamaster, with the hand filter or the Chemex. As a starting point, we recommend a brewing ratio of about 60 g of coffee grounds to 1 l of water.

We roast your coffee fresh every week

The Nong Kali filter coffee is roasted with the gentle drum roast method as a light to medium roast to the point where the complex aromatics of the coffee are well in harmony with the lightly roasted, tobacco notes. On our Probat roasting machine, we roast the Nong Kali in 40 kg batches to a final temperature of 204 °C in about 11:30 minutes.

Nong Kali is available for subscription

A coffee that stands out

With Coffee Circle, we are always on the lookout for the best coffee beans in different countries of origin. Laos is a fairly new country of origin for us and the Jing Jhai Coffee Cooperative (JJCC) has been an important partner of ours for a few years. In addition to the Jhai Robusta coffee, we were also excited about these Arabica beans this year. Comparatively little coffee is produced in Laos and most Arabica is brought across the border to Vietnam to be sold as commercial coffee. However, this coffee clearly stands out from the mass-produced coffee and has exciting individual flavor attributes. We liked the coffee so much that we’re eager to share it with you.

The coffee grows in natural forest gardens, some of which are more than 60 years old. The coffee cherries are picked by hand, as the coffee trees, which are more than five meters tall, can only be reached by ladder. After picking, the coffee cherries are placed in water to sort out the so-called floaters as unripe cherries. The cherries are then de-pulped and the slippery sugar layer (the mucilage) is left on the beans during drying, allowing the sweetness of the pulp to react with the beans and add complexity to the coffee. This form of processing is also known as „honey processing“.

We are excited to share the new crop with you again. The amount of coffee that JJCC produces is comparatively small so we can include this coffee in our portfolio again for a few months. So, grab it as long as the Nong Kali is available!

In Laos, comparably little coffee is being produced 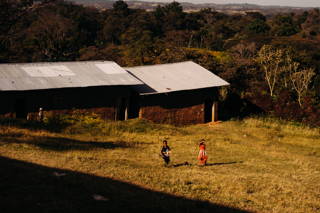 Each cup of coffee supports projects in growing regions